In old times, people used to wash their clothes in rivers, but in Maramures villages, they had their own way of doing the laundry. Before washing machines were invented, the people from Maramureș took their clothing to nearby rivers and used purpose-built primitive whirlpools.

They are known as vâltori and have been around for probably over 100 years. No one knows for sure when people first captured the water stream with conically placed wooden boards. Chances are it was hundreds of years ago.

But why are they called vâltori? – which translated means whirlpools
The fast water flowing into the conical pool creates powerful whirlpools which tumbles the clothes to remove the dirt. A wooden barrier installed upstream controls the quantity of water flowing into the pool. Spaces between the wooden boards of the pool allow water to flow through. These ingenious hydro-powered systems can be found in many villages.

Since old times, weavers were washing traditional Romanian textiles in these whirlpools right after they were removed from the loom. These traditional washing machines were very useful for washing heavy, hard to handle woven fabrics, woolen coats, felt rugs, carpets, without the need for cleaning agents. A heavy fabric would stay at least 10 hours in the washing whirlpool, then taken out and hung to dry on nearby fences.

They were used by all women for running their households. As it turns out, a washing whirlpool was in the hands of one of the village’s wealthiest men. In return for these services, women paid with money, cereals, or would spend all day working the land of the owner for as long as her clothes were washing in the pool.

Today, whirlpools remain popular, especially among people from rural areas. They are used for washing wool fabrics free of charge, but people still like to contribute a small fee to the budget for repair and maintenance. 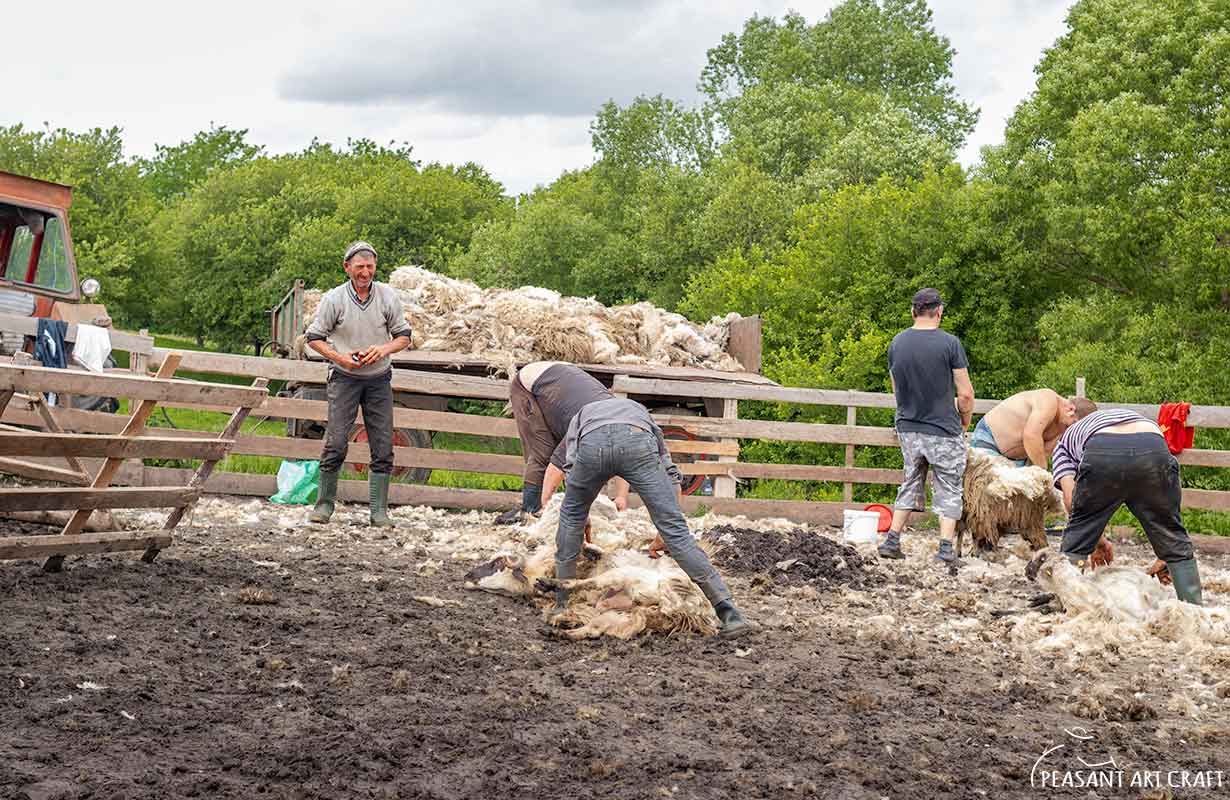