After we learned his wood carving tips and secrets, we went on a hike on top of Pleșa hill, where Bolek Maierik carved ancient stone faces. Pleșa is a Romanian village close to Gura Humorului, Suceava with 99% Roman Catholic Polish inhabitants.

The hill is part of the Great Ridge (Obcina Mare). The Ridges of Bucovina ( Mestecăniș, Feredeu and Great Ridge) are part of the Northern Carpathians. The Great Ridge is so called not because of heights, but because it lies on a vast territory. A fascinating area, covered with forests, glades and strange shaped rocks and cliffs. The altitude is 835 m.
They are young hills, mainly formed by the deposition of sediments (fliș) during the Cretaceous period. This land was sunk into the sea. Sediments were deposited during Mesozoic and Cenozoic era, following the marine transgression and regression cycles. It was the effect of the Alpine orogeny.

It all started at the age of 18. He fell in love for the first time: “I didn’t know what to do with the fierce fire inside myself”. He began sculpting and writing poetry.
You may be wondering what happened to the girl he fell in love with…well, she’s still living in Pleșa, but got married to someone else. 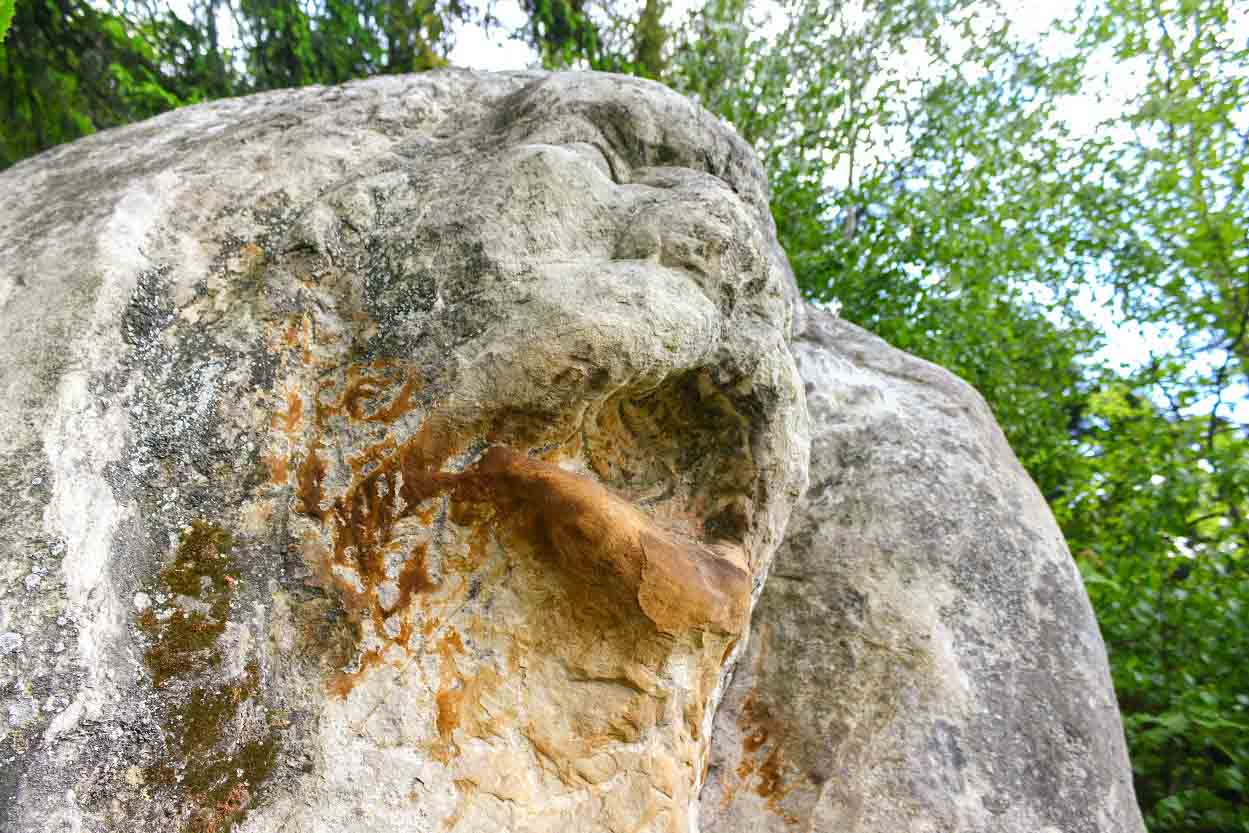 These rocks are hard, but breakable, making cliff carving easy. At the base of the cliff, the villagers tried to dig a church, but the hardness of the inner layers made it impossible to continue. Until 1904, when the first village church was constructed, the marriages were officiated here. 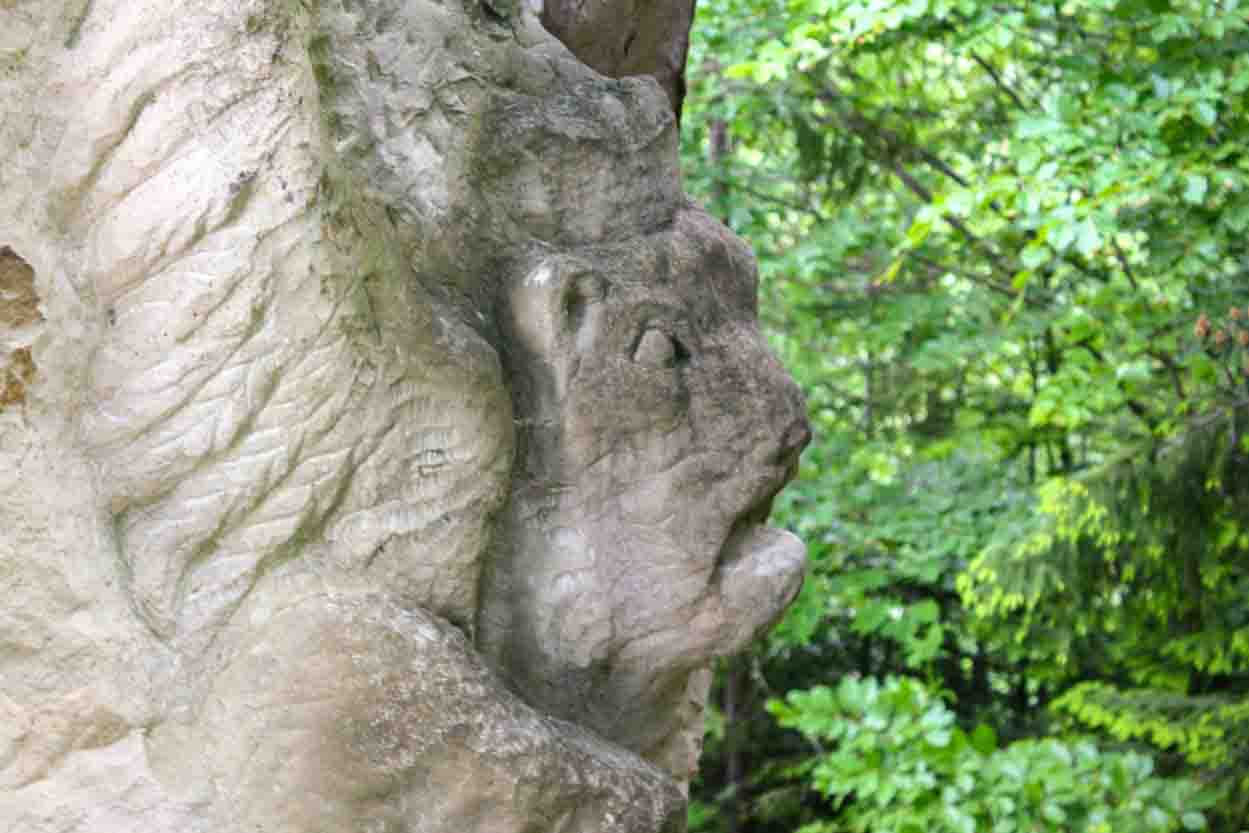 The cliff is about 30 ft (10 m) high, formed of sand grains. With a hanging rope around the waist, a chisel and hammer, he carved figures all over the cliff. Wherever he looks, he sees figures coming out of the rock. 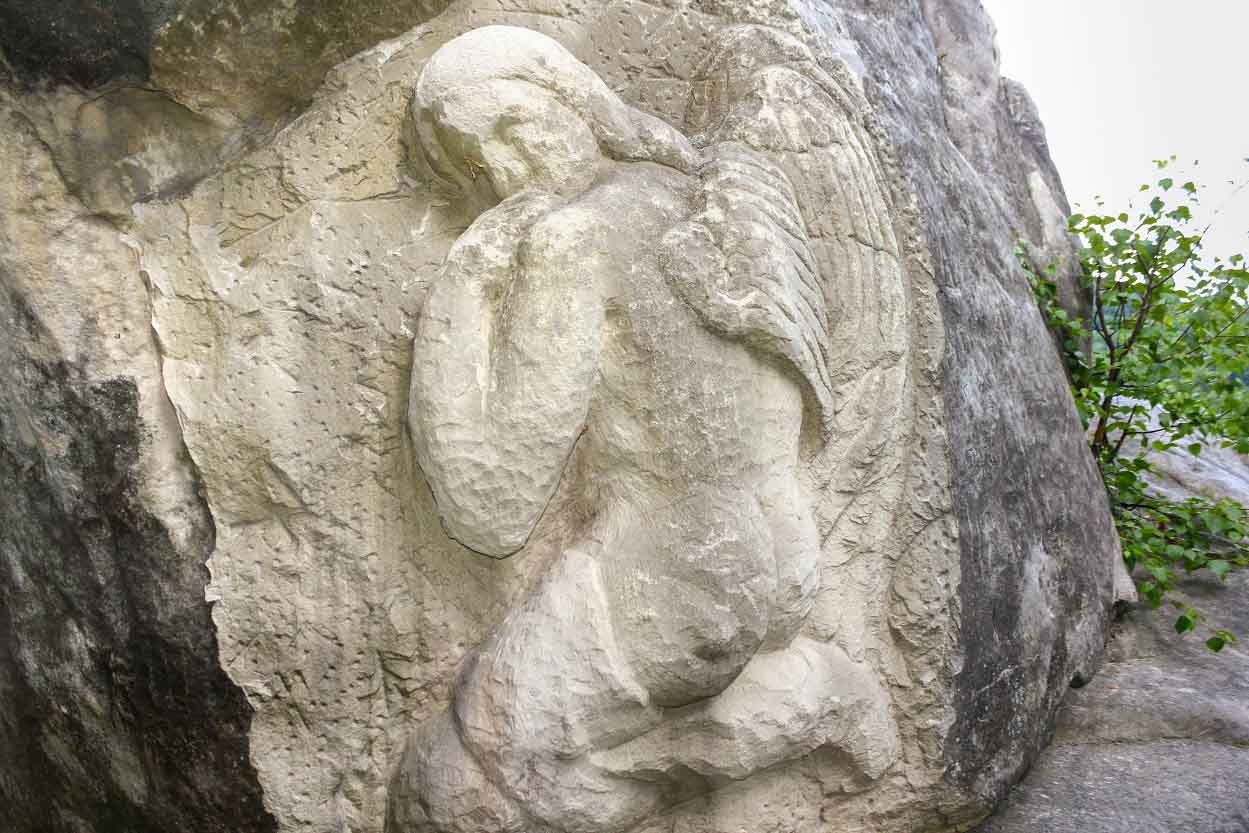 The artist carved his ideal beauty: big eyes, round cheeks, small but thick lips, the image of his first love, he explains. 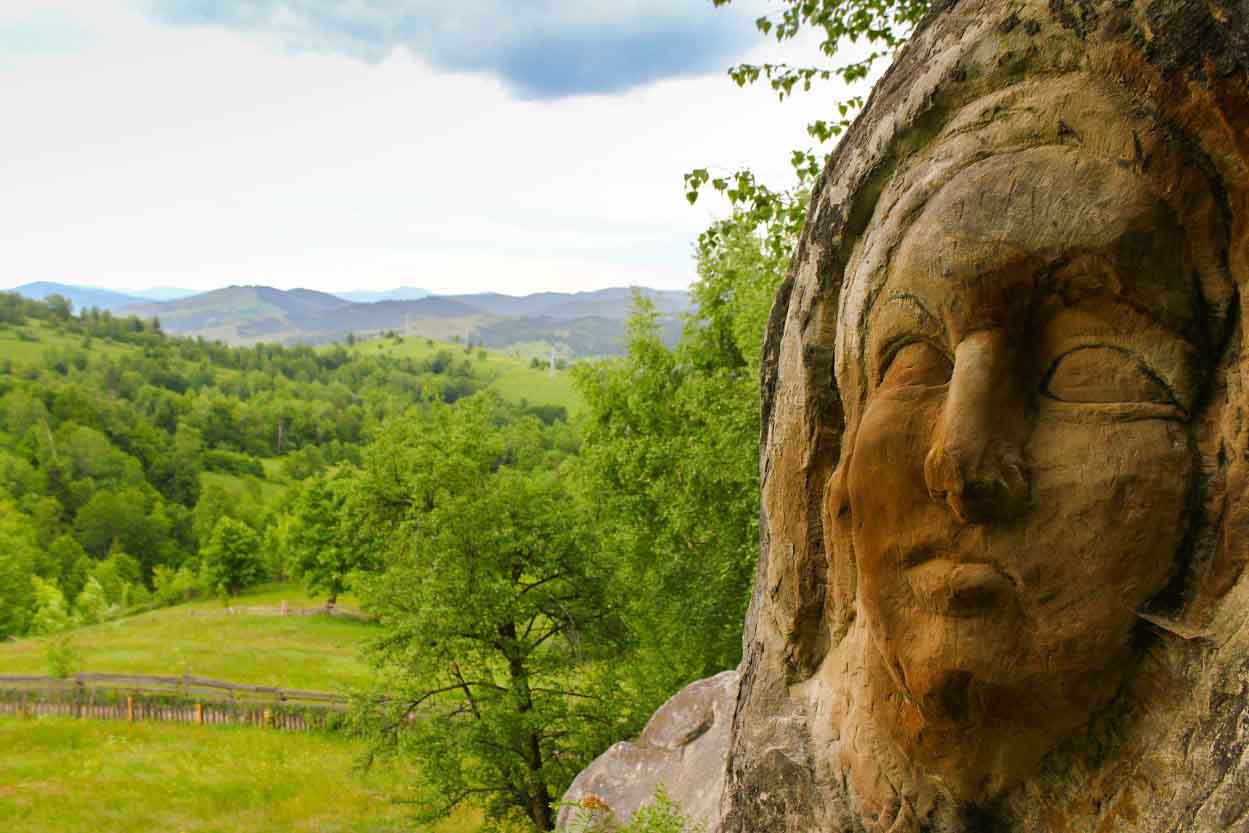 On the western side of the cliff, historical figures are facing south, watching over the country they had been fighting for: Michael the Brave, Decebalus and the figure of a dacian.