Traditional plum jam, especially homemade jam, always transports me to the autumn season. To me, the scent of late autumn is the thick dark plum jam, povidlă, a very thick fruit spread, made of nothing but plums. With its sweet-sour taste,  povidlă will tickle your taste buds.  The traditional plum jam has a thick, spreadable consistency, like that of marmalade, but with no added sugar, free of preservatives and thickening agents.

In the village of Iaslovăț, Suceava County, Ms. Maria Burcuță is preparing for making jam, washing, quartering and pitting the plums. “This recipe doesn’t contain added sugar. Using only sweet, ripe plums adds natural sweetness”, says Maria. When all the plums are cored and quartered, she lights a fire in the garden stove and cooks them in a large pot on the stovetop, while stirring with a large wooden spoon.

No water is added. The fruits are cooked in their own juice, which gives an insane, strong flavor to the jam. “They have already released some juice at the bottom. With more juice released, they are getting soft and changing colors. But we must keep stirring. We have to stir it for about 3-4 hours, to prevent scorching. At first, we cook it over high heat until they degrade into a watery stew. When it thickens,  we must cook over low heat.”, she explains. It takes a long time for the fruit stew to thicken up, so the time spent on preparation, cooking, and canning seems more like a declaration of love.

It’s getting dark. The jam has been boiling for two hours and will have to boil for another two. When the liquid evaporates and the jam is turning dark, she continues to boil for another hour. „It is boiled for a long time until it gets so thick you could cut it with a knife. Povidlă must be thick enough to fill rugelach with it. Here, in Bucovina, we eat it with milk cream and hot polenta.”, says Maria, while stirring more frequently as the jam thickens up.

In the end, the hot mixture is canned, capped and boiled in hot water for a few more minutes. “From 15 kg of plums, I got 5 kg of jam.”, she estimates as she is delicately wiping the jars filled with the precious mixture.  An insane sweet, warm smell fills the air. If canning is done right, this perfume will be trapped and contained in a glass for many years. No preservatives. Trust me, I have opened homemade jars from 2016, absolutely free of preservatives, and the jam was tasty and fresh. 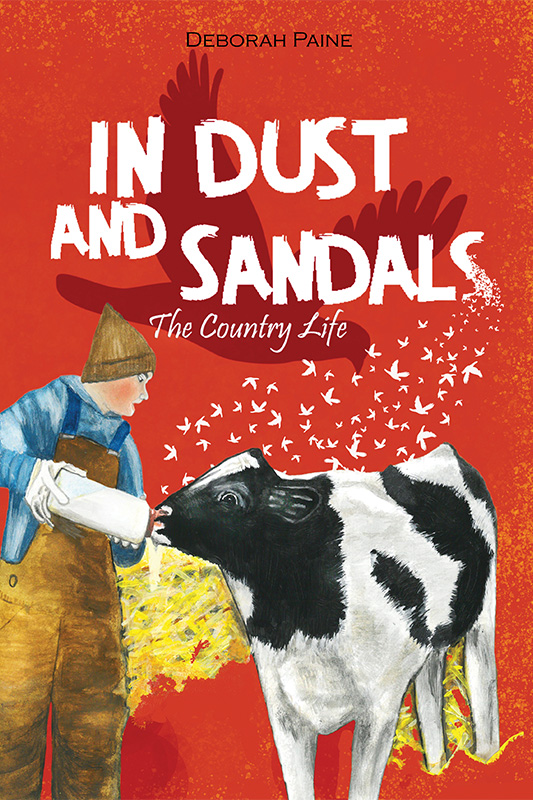 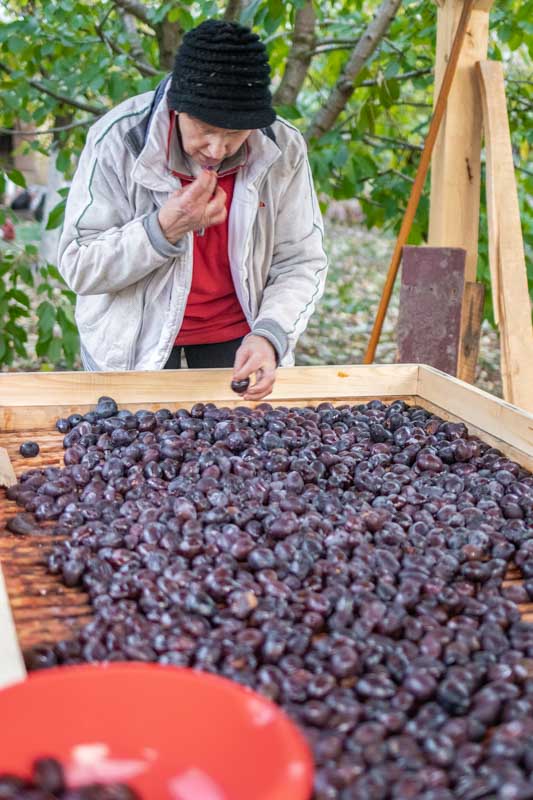