Among many black ceramic pottery centers that ceased to exist in the 20th century, the tradition of making black ceramics is still continued in Marginea, a small, but well known community of North Romania.

Potters pass their skills down from one generation to another, preserving the heritage of their grandparents. Documents from 1950 recorded 30 potters. Today there is a family of 5.

When people hear about black Romanian pottery, they imagine it is a specific clay that gives it’s color. The secret stands in the heating process. 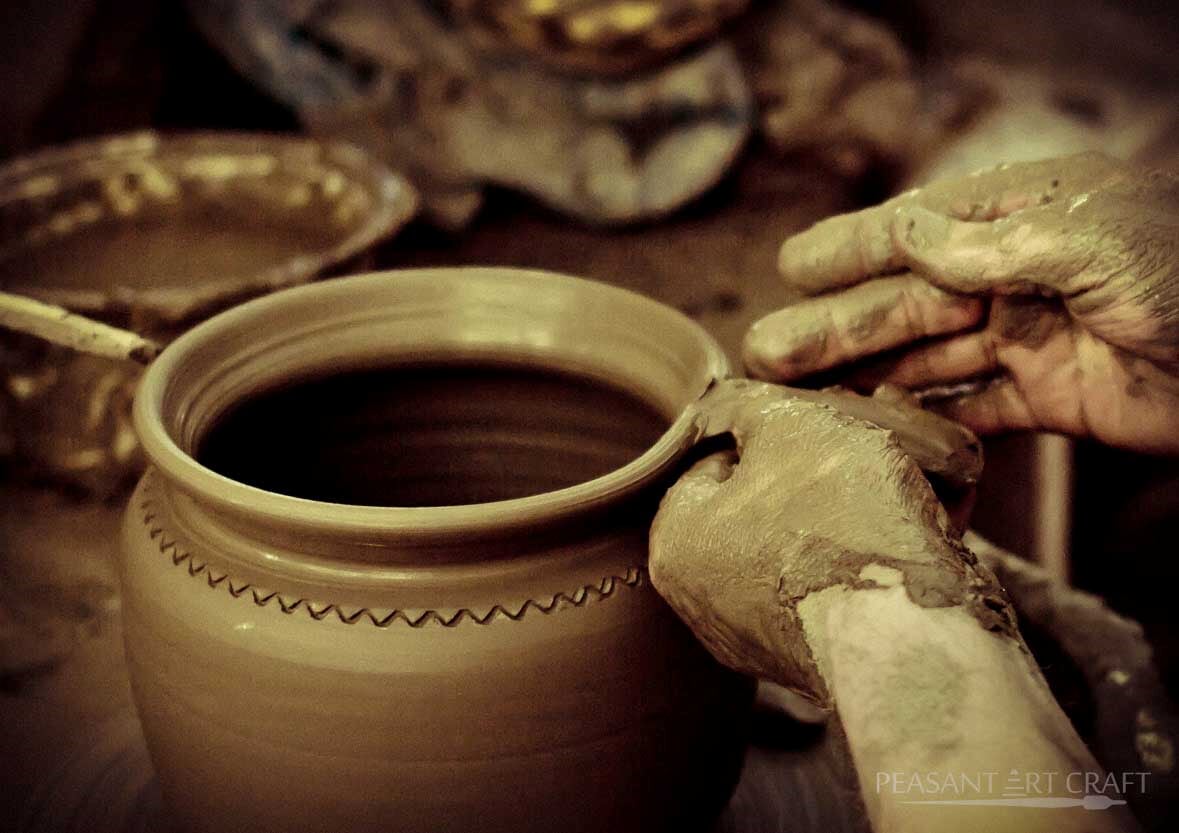 Clay is extracted from nearby hills and is processed, mixed and filtered. It is allowed to rest one year. The material is divided into portions, kneaded and thrown on the wheel.
The design is carved into the surface of the pot, dried for 10-12 days under natural conditions, until is bone dry, then smoothen and polished with flint stones, which adds shiny stripes to the ornament.
Then, it is burned inside a wood burning kiln for 8 hours, with the door open. Fir and spruce wood is used in the fire, until it reaches a temperature of app. 1400°F- 1472°F.
The second stage of the burning process is what gives it’s color: the incomplete combustion. The door of the kiln is closed for the next 24 hours, so the supply of oxygen is poor, releasing a great quantity of smoke that penetrates the surface of the pot. The open pores allow massive carbon storage. The color variation from medium shades of grey to black, is the result of three factors: the sealing of the kiln, the carbon dioxide emissions from wood fired combustion and the iron oxides contained in the clay. 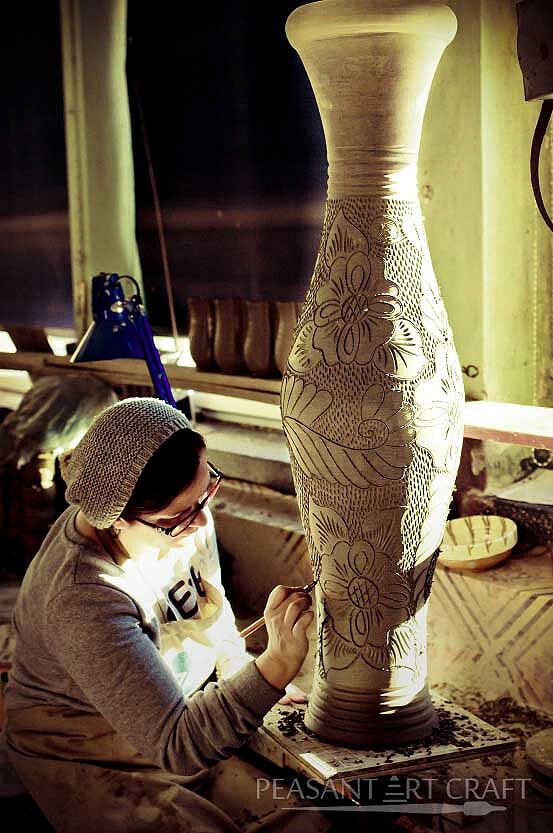 The period of the earliest black ceramic pottery became subject of considerable controversy. Some archaeologists say it is the Iron Age, while others believe it was introduced in the Neolitic Era. (Tancred Bănăţeanu – Arta Populară Bucovineană, 1975, p.154 ).

Read Also Where to Find Original Romanian Handicrafts in Bucharest